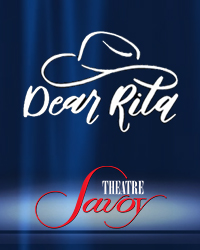 Developed closely with the family of the late singer herself, Dear Rita is a musical love-letter to a true fixture of Canadian culture, a fierce and passionate performer whose songs were international hits, inspiring people around the world. Woven around a script from the Island’s own Mike Ross and Lindsay Kyte, this cabaret musical will feature a cast of five. Featuring traditional and new, re-imagined arrangements of Rita’s songs — from her popular hits to the lesser-known songs that made her bandmates cry like babies — DEAR RITA weaves Rita’s lyrics into new perspectives and invites her spirit into the room as her songs live through our own experiences.

Rita MacNeil was a fierce force of storytelling through song who invited us to see ourselves in her struggles, strength, and vulnerability. How did Rita somehow tell “my” story—no matter your identity, location, age, or current mood? How did she capture such a feeling of speaking directly to each person, a sense of community and conversation, the whimsy of a dream of love and the roots of the working people? In her own words, Rita said her own life story is “something you could pretty well put anyone into. It’s about one person, but so many of us could be there.”

How did this come about? Lindsay Kyte’s play Tompkinsville, which won awards for its musical telling of the story of Cape Breton miners’ quest to become masters of their own destiny through the co-operative movement, featured guitar player Chris Corrigan. Corrigan was also Rita’s producer and guitar player and was touring with both Rita and Kyte’s play for some years.

After Rita’s passing, Wade Langham, Rita’s son, told Corrigan he wanted a show to honour his mother’s catalogue of 300 songs, one that brought these poignant lyrics to new audiences through re-imagined arrangements. Corrigan connected the two, and soon Kyte and Langham were discussing this show over tea on the last day Rita’s Tea Room would ever be open. Kyte approached the Charlottetown Festival, who connected her with Mike Ross, revered nationwide for his incomparable talent in creating musical compositions that reveal the colours and textures of the lyrics. Kyte and Ross also began their careers together in PEI many years ago, and were thrilled to have the opportunity to work together again.